North Las Vegas Democratic Club extends condolences to the family of Harry Reid.
​Harry Reid was also: Nevada Lieutenant Governor 1971-1975, Representative, NV 1st District 1983-1987 and Nevada Senator 1987-2017.
​Below are just some of the quotes by people who knew him. He was admired by many on both sides of the political aisle. 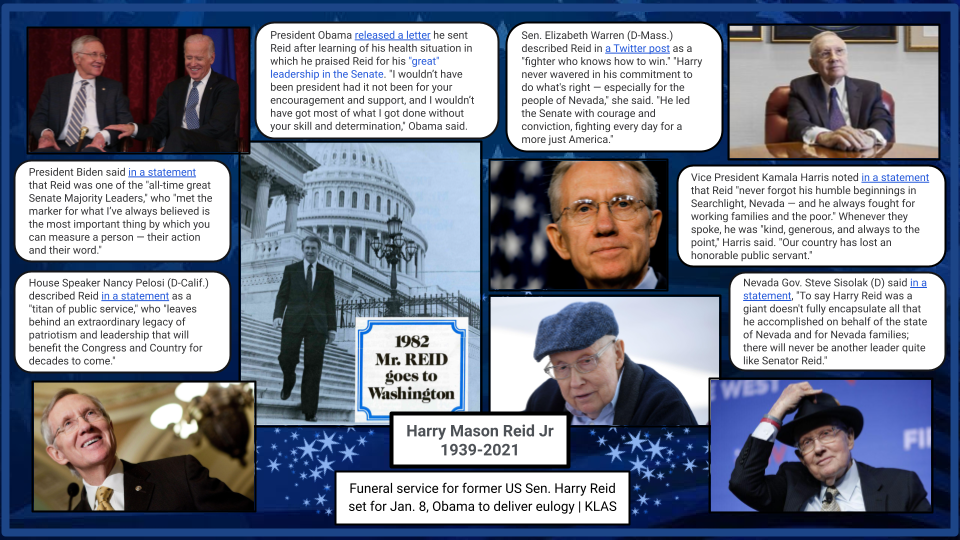